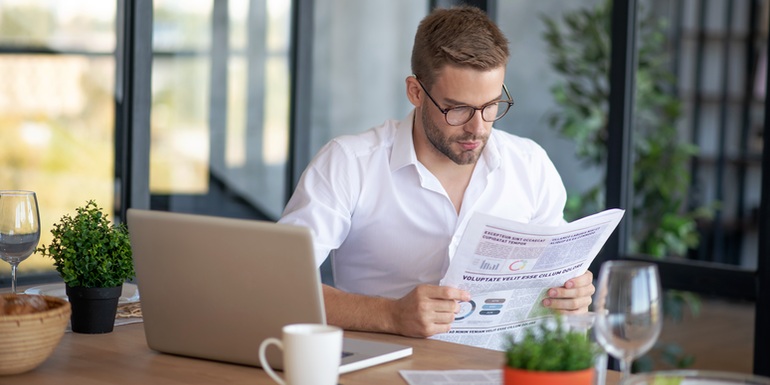 Internationally, financial sector reform ( The Financial Sector Regulation Act 9 of 2017 (FSR Act) has been the focus of attention largely due to poor financial practices and limited regulatory oversight. As a result, there is a pressing need to focus on improved outcomes for customers. The proposed Conduct of Financial Institutions Bill (COFI Bill) will play an important role in improving market conduct and in turn, improving outcomes for customers in the South African financial sector. The principles incorporated into the COFI Bill are designed to consolidate and strengthen the market conduct laws with the main objective of protecting customers.

The objective of the COFI Bill is to replace the existing thirteen financial sector laws and establish a new foundation that integrates the existing laws into a single, consistent, comprehensive and effective market conduct legislative framework. The new legislative framework will be principles-based. This represents a move away from a narrow focus on a rigid rules and compliance reporting approach.  The current regulatory framework encourages a tick-box attitude. In contrast, a principles-based approach focuses on principles that specify the intention of the regulation rather than providing a set of rules detailing the requirements applicable to a financial institution.

According to Black, Hopper and Band, the UK-based authors of Making a Success of Principles-Based Regulation,* principles have the following characteristics:

The benefits of regulation by principles:

After the existing laws have been streamlined and consolidated into one Act, it should make it easier to understand and apply the law. The principles-based approach of the COFI Bill signals a move away from a rules-heavy approach and will require senior management and other role players to assume a bigger responsibility for interpreting and applying the principles of the Bill to their unique circumstances. They will be required to play a far more active role in ensuring that the outcomes of market-based regulation are successfully achieved in their business.

Much has been said about the new regulatory report ( Conduct of Business Report) for 2018, to be submitted at the end of this compliance year (presumably 31 May 2018).

The new reporting format sets out the information that will be required relating directly to the intermediary’s operating model, the records which an intermediary is responsible to maintain and the intermediary’s business structure, governance and control functions, cancelling and replacing products, advertising, remuneration of representatives, lead referrals, recruitment, outsourcing and handling premiums.

(the following is from a previous blog on FSCA Compliance Reports)

It will be necessary for an intermediary to provide the process that is adopted when cancelling a product. In the draft conduct of business document, the word ‘cancel’ is attached to the words ‘terminate’ and ‘lapse’ which correlates with the FSCA’s draft PPR Rule 19.1 wherein the words ‘termination’, ‘lapse’ and ‘non-renewal’ are linked in the same definition. Consequently, if introduced, there will be no differences in meaning between these terms.

An insurance intermediary, unless specifically mandated by its client to do so, cannot cancel a policy without explicit instructions from the client. It is only an insurer, or an underwriting management company in terms of a binder agreement, that has this authority.

Nevertheless, the FSCA will want to know the processes that the intermediary follows when recommending a client replace one financial product with another financial product. In particular, if the replacement product results in any penalties or fees being charged, the FSCA will specifically request an explanation as to how the risk to customers is mitigated.

There can be no doubt that the number of replacement policies that were issued during the compliance year will also be requested so it would be prudent for an intermediary to keep these records on hand.

The FSCA is very interested in the advertising material developed and used by intermediaries and insurers when interacting with clients. In respect of new services or products, they will be asking for copies of the advertisements and/or ‘links’ if electronic.

In respect of all advertising, the actual sign-off process will also interest them as they will want to know who has the authority to do so. Moreover, an explanation as to how the intermediary ensured that the advertising material was suitable for the relevant customer group/s will have to be included.

Remuneration of Representatives and Key Individuals

An intermediary is expected to employ sound and sustainable remuneration policies and practices which promote the interests of the intermediary yet at the same time avoid unfair treatment of customers.

To ensure that an intermediary does have an appropriate remuneration model, the FSCA will ask for an explanation regarding the remuneration structures that apply to representatives, particularly:  The nature of the remuneration (e.g. commission, salary, fees etc.), Production-based targets, and Incentives linked to production.

It is likely that they will also require details of fringe benefits or other non-cash benefits, incentives, rewards or bonuses (including share options, profit shares, and the like).

In the RDR, the FSCA stated that lead referral activities currently fall outside the regulatory framework other than in limited circumstances. Although it is accepted that not all forms of referrals or lead generation warrant market conduct regulatory intervention, they clearly state that certain business models do constitute a form of financial intermediation with the potential to expose customers to conflicted or inappropriate marketing tactics.

Although standards for lead generation will not be included in phase 1 of RDR, it is clear that the FSCA is preparing for this by including questions in the report on the manner by which intermediaries pay or receive ‘lead fees’ and the amounts thereof.

An intermediary must ensure that where it appoints a person as a representative, that person is ‘Fit and Proper’ as defined in our insurance laws (s13.2 of the FAIS Act). In the report, the intermediary will have to explain the process that is followed and how compliance is ensured.

The FSCA will also want to know details of the internal controls that are in place to ensure that the representative register is kept up to date at all times.

The new Financial Sector Regulation Act provides a definition of ‘outsourcing’ which relates to all financial institutions, including intermediaries. Although the definition excludes the activities of representatives, all other functions that are integral to the nature of a financial product or financial service that the intermediary provides are deemed to be ‘outsourcing’

Where an intermediary collects the premium, the authorisation provided to the intermediary to do so must be in writing as demanded by Regulation 4.1(1).